The Chicks Have Arrived and Chicken Coop Construction Begins

I mentioned in our 2012 Homestead Goals that we were planning to get chickens this year. About 4 weeks ago we picked up 2 Barred Rocks and 3 Rhode Island Reds from Jason at Shoreline Farm Supply – who graciously gave them to us for free since he had extra from a customer who decided they didn’t want all 10 that they ordered. 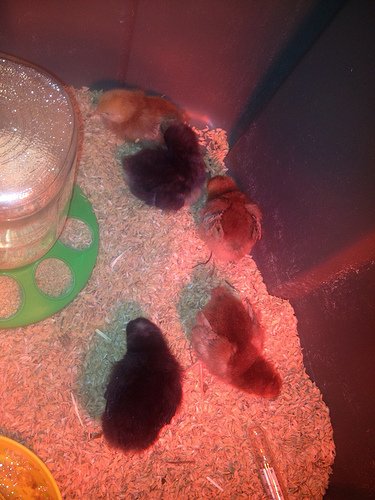 Our baby chicks at home, shortly after getting their brooder set up 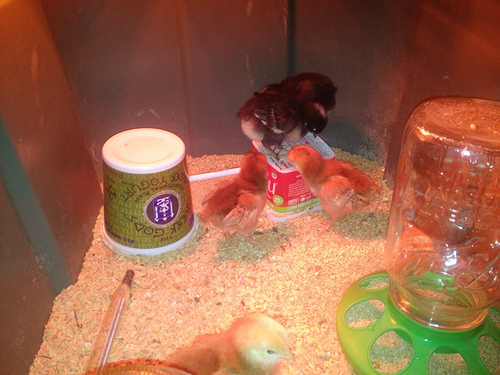 Baby chicks in the brooder. The two plastic containers had a pen between them for the chicks to roost on. It worked for about a week before I built them a bigger one with a branch.

Moving the Pullets to a Temporary Chicken Coop:

I went and picked up a used coop that I found on Craigslist. It cost more than it was worth, and it’s not big enough for 5 full-grown hens, but I needed to get something premade to buy me some time while we finish a proper home for the chickens. We’ll resell the coop on Craigslist once we’re finished with it.

Our chicks turned 4 weeks old last Wednesday, and we moved them into the temporary coop last Friday. 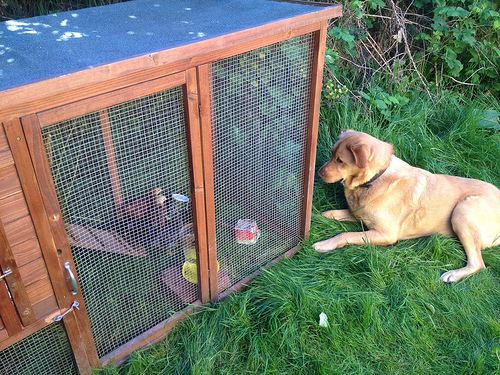 Our dog Ben inspecting the temporary chicken coop, looking for a way in. 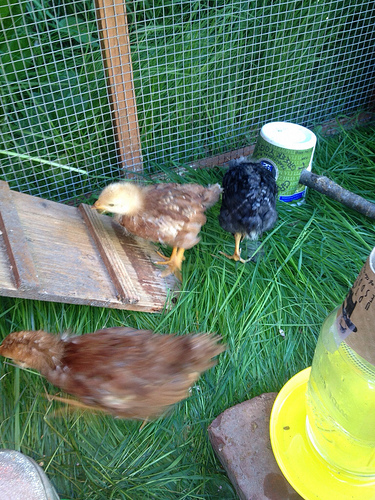 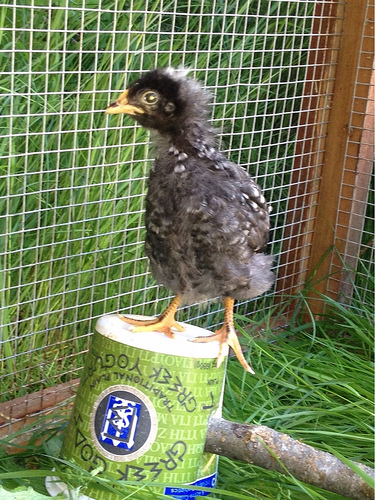 Our chickens are at the awkward teenage stage where they look gangly. I'm sure there's acne under those new feathers. 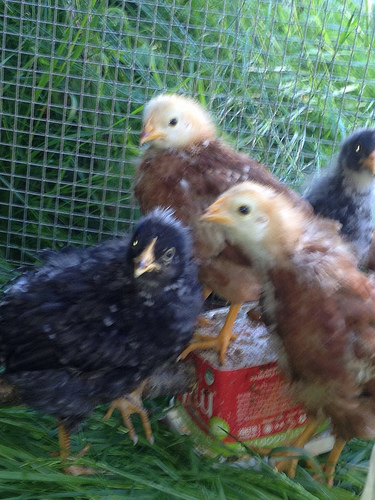 "What are you looking at?"

Rather than spending a ton of time designing a coop, I decided to just purchase plans for a coop from TheGardenCoop.com. I’ve had my eye on the style for awhile, and at first I thought about just using it as a rough template without buying the guide. As the three day weekend approached last week, I decided that spending $20 on the downloadable plans would save me many hours of headaches and trial and error.

We spent this weekend building the chicken coop – it’s 70% complete and I’ll have more photos once it’s done. Here’s an example that’s similar to how ours will look: 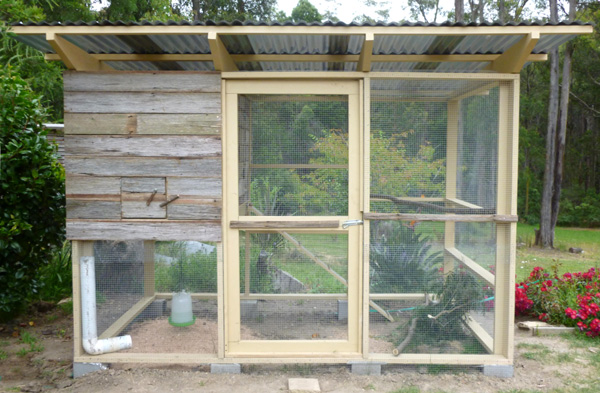 Ours will look fairly similar to this example once it's completed - we'll be using similar recycled fencing as siding on the henhouse (top left), and we also chose to use galvanized metal as the roofing. Our wood won't look quite so light, though.

It measures 5 feet deep by 9 feet 6 inches wide, and the top of the door sits slightly over 6 feet high. We also chose to use galvanized roofing and rustic recycled-cedar fencing as the siding for the henhouse. More pictures coming in the next two weeks as we finish the construction.

Currently, we have the coop frame built, rafter and roofing installed, hen house framed, and hardware cloth (the wire mesh) is mostly installed. We still have to finish the walls and siding on the henhouse, build the door, install hardware cloth on two of the ceiling sections, and finish some other “tweaks.”